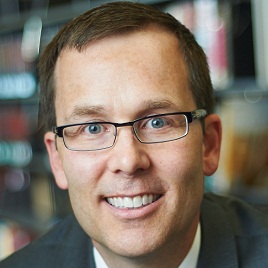 Director of Law and Technology Initiatives & Senior Lecturer. Northwestern Pritzker School of Law & McCormick School of Engineering
Linkedin Link:
https://www.linkedin.com/in/danlinna/
Bio:
Daniel W. Linna Jr. has a joint appointment at Northwestern Pritzker School of Law and McCormick School of Engineering as the Director of Law and Technology Initiatives and a Senior Lecturer. Dan’s teaching and research focus on innovation and technology, including computational law, artificial intelligence, data analytics, leadership, operations, and innovation frameworks. Dan is also an affiliated faculty member at CodeX — The Stanford Center for Legal Informatics. He joined Northwestern as a Visiting Professor of Law from Michigan State University College of Law, where he was a Professor of Law in Residence and the founder and Director of LegalRnD — The Center for Legal Services Innovation. At Michigan State, Dan taught Quantitative Analysis for Lawyers, Litigation {Data, Theory, Practice, & Process}, Entrepreneurial Lawyering, and Lawyer Ethics and Regulation in a Technology-Driven World. Dan began his legal career with a one-year judicial clerkship for U.S. Court of Appeals Judge James L. Ryan. After his clerkship, he joined Honigman Miller Schwartz and Cohn, an Am Law 200 firm headquartered in Detroit. Dan was a litigator and member of Honigman's Automotive and Manufacturing; e-Discovery and Information Management; Commercial Transactions; and Social, Mobile, and Emerging Media groups. In 2013, Dan was elected equity partner. Dan co-founded the Chicago Legal Innovation & Technology meetup group in 2014. He was named to the 2015 Fastcase 50 as a person who has charted a new course for the delivery of legal services. In 2018, Dan was inducted as a Fellow of the College of Law Practice Management and named an ABA Journal Legal Rebel. He is Vice Chair of the Legal Analytics Committee of the ABA Business Law Section. Dan is also a co-founder and co-director of the Institute for the Future of Law Practice.