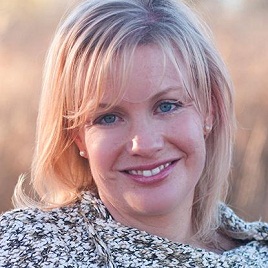 President and CoFounder, Public Good Software
Linkedin Link:
https://www.linkedin.com/in/melissa-anderson-2007721/
Bio:
Melissa is the Co-founder and President of Public Good Software. Under her leadership Public Good's AI for Good platform has become the leader in "making news actionable" working with the nation’s leading publishers and brands including CNN, Tribune Media, Huffington Post, Vice, Microsoft, Unilever and Danone. Melissa is a dynamic thought-leader around social impact innovation and an experienced speaker and keynote at a broad range of leading industry media and purpose brand events including the Gates Foundation Greater Giving Summit, the Online News Association Annual Conference, Sustainable Brands Flagship Conference, Engage for Good, Digital Hollywood, The Shift Forum, The White House MSOY annual awards, and The Working Mother 100 Best Companies Annual Conference and Gala. She has also been featured in Entrepreneur.com, Microsoft Chicago and The Pentagon Channel. Past accolades include being named as a Civic Leader by the Air Force Chief of Staff and “Wonder Woman of Chicago” by IdeaForge. Melissa is also a mentor for TechStars in Chicago and served as the President of the Auxiliary Board at the Chicago Children's Museum.